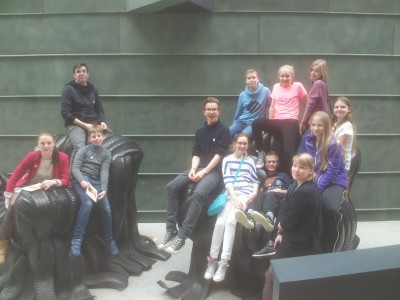 Our grades 5-9 went to Tallinn and they spent 2 days full of arts, science and sightseeing. The first day took us to Estonian National Arts Museum KUMU where they were taken through an exhibition of the pioneer of abstract art Hilma Af Klint. Later we had an extremely special opportunity to take a closer look of 5 works of Estonian artist Eduard Wiiralt. His graphic works were brought out from the vault specially for us. Inspired of the beautiful art of his we also tried to do some graphics. 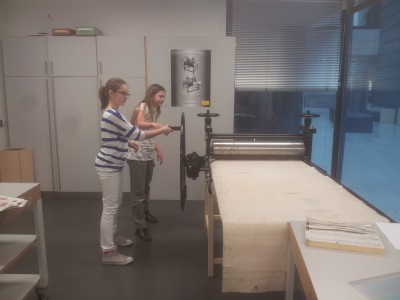 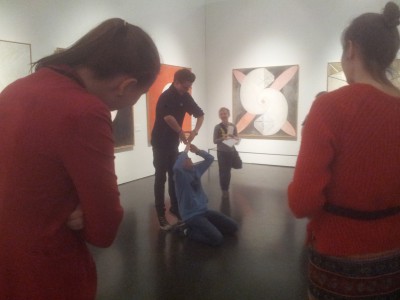 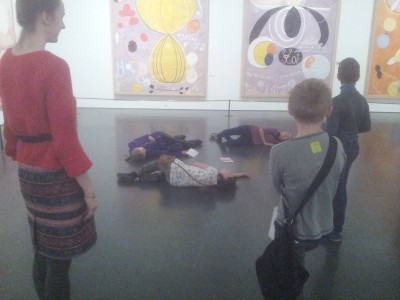 Girls acting out one of Hilma Af Klint’s artworks 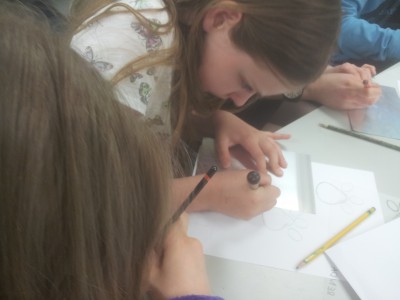 Liene concentrating on her graphic art 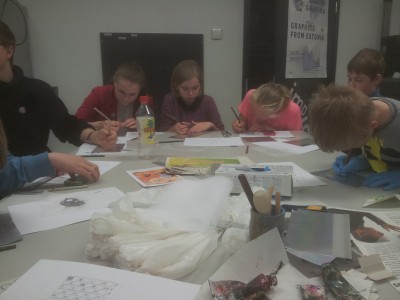 The second day took us to a sightseeing tour in the Old Town and the Parliament. Later we engaged in some science at the Energy Discovery Center where we got the chance to see how lightning is created, watched a movie about space and had a ton of activities concerning sound, optics, light and geologic processes. 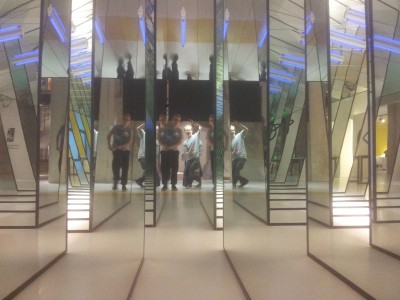 Bastian and Arne Emil in the mirror labyrint 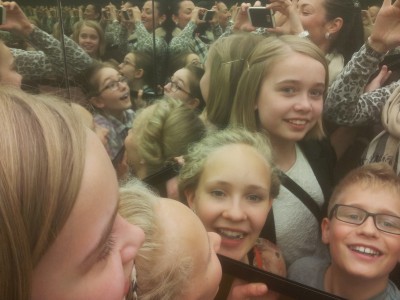 How many students and teachers can you see? 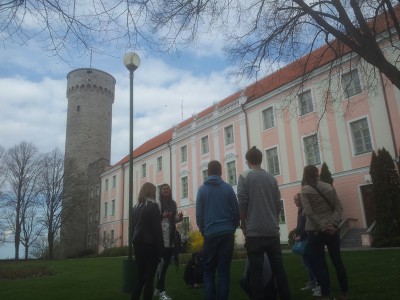 At Riigikogu (Parliament) and the Long Herrman

Thank you everyone who helped to organize it. It was a blast!